HK singer Pakho Chau married his girlfriend Stephanie Chu in Thailand recently. The two were together for 10 years.

Pakho confirmed his marriage saying: “Thank you for the concerns. Both of us have received many words of blessings and regards. I’ve always been trying my best to protect my family and friends, so their lives won’t be affected by my career. I am thankful for their understanding and support. I’m also thankful for her patience and care in the last ten years—the sunset [on my wedding day] was the best I’ve seen. Thank you!” 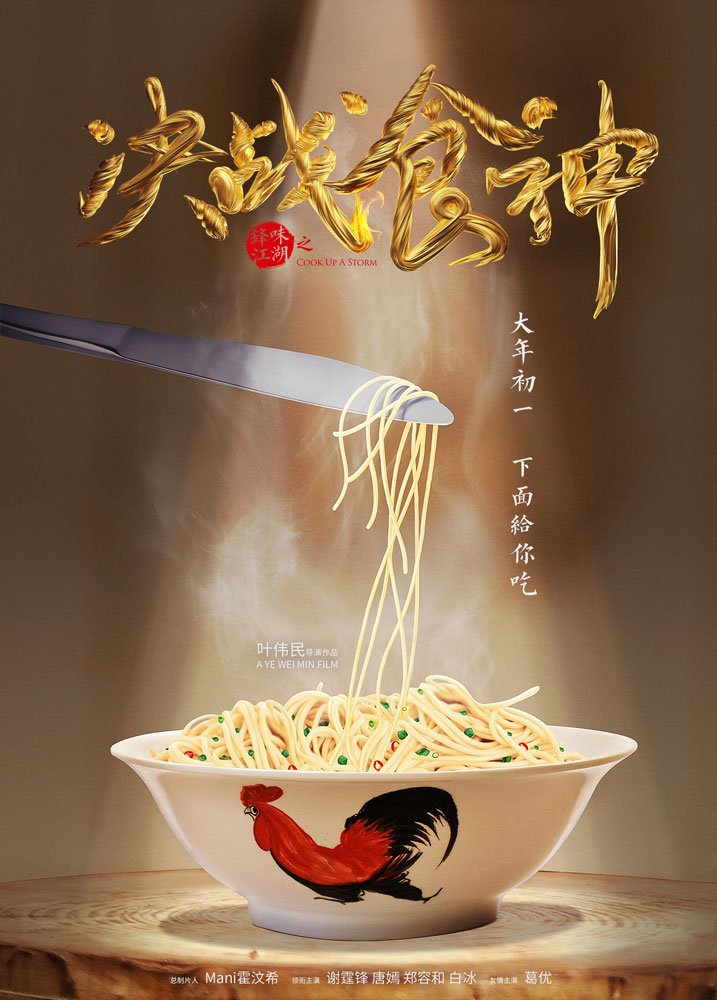 Cook Up a Storm will be released in theaters as a 4D film that provides an innovative moviegoing experience by giving off delicious smells along with mouthwatering cooking scenes. Nicholas Tse exhibits his cooking talent as Cantonese street cook Ko Tin Ci, who runs a restaurant with his teacher Hong Qi (Ge You). In an attempt to establish his own Eastern cuisine brand, Michelin-starred chef Paul An (Jung Yong Hwa) comes to China from France and opens a restaurant with his girlfriend (Michelle Bai). The two talented chefs meet in a world-famous culinary competition where they go head to head for top honors.

Produced by Emperor Entertainment Group, Cook Up a Storm is set to open on January 28, 2017. In 2015, the period drama Nirvana in Fire starring Hu Ge and Wang Kai made a huge pop culture splash as one of the most popular and acclaimed Chinese TV series of recent years. Soon after the drama's broadcast, a sequel was announced to much anticipation, and the cast has recently been unveiled. Again spearheaded by producer Hou Hongliang, directors Kong Sheng and Li Xue, and writer Hai Yan, Nirvana in Fire 2 gives way to new characters and an original story set a generation after the events of the first series.

Currently in pre-production, Nirvana in Fire 2 is expected to begin filming in December and air in 2017.