Hong Kong - After years of hide-and-seek with the media, actress Shu Qi and director Stephen Fung (冯德伦) came out as a couple and announced their marriage on Saturday (Sept 3), said Apple Daily.

Shu Qi, 40, and Fung, 42, tied the knot in Prague, where he is directing her in The Adventurers, a treasure hunt movie also starring Jean Reno and Andy Lau, said the report.

The newlyweds said in a press statement: "We've known each other for 20 years and been in love for four years. I've married her unreservedly. Yes, we've decided to be entangled with each other for life."

They thanked their fans, and added: "You can miss anything, but don't miss out on the one who loves you."

Nipping baby rumours before they could bud, the statement concluded: "PS we're currently not pregnant".

Shu Qi also released wedding photos through a Media Asia publicist, said the report. She did not say when she married Fung, but revealed that her H&M wedding dress was sent by the retailer two years ago, and that the photos were taken last week.

Shu Qi is one of Asia's top leading ladies, starring in acclaimed movies such as Hou Hsiao-hsien's The Assassin, which won eight awards at the 10th Asian Film Awards.

She has been linked romantically to Hong Kong Heavenly King Leon Lai, actors Chang Chen and Shawn Yue, and singer Wang Leehom before.

Fung, director of martial arts-steampunk flick Taichi Hero, had a nine-year romance with singer-actress Karen Mok, which ended in 2007.

➤ If there are any other birthdays between August 28 and September 3, let us know in the comments. 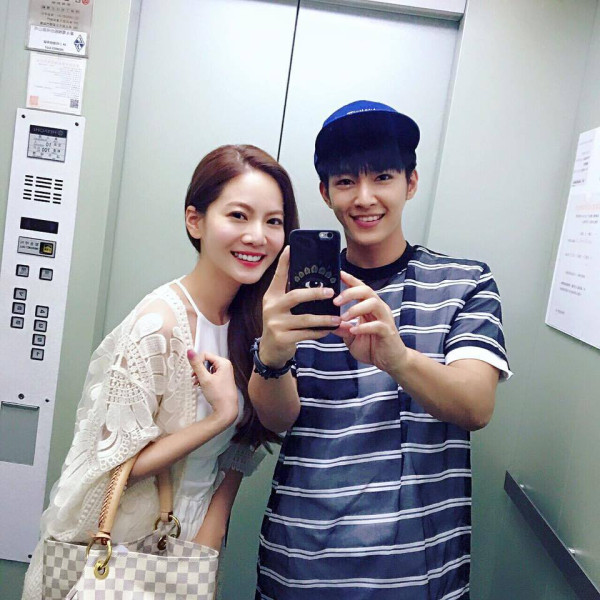 Aaron Yan is reportedly taking a break from the entertainment industry. Instead he will be taking cinema and screenwriting classes at UCLA.

He wrote a loong post on FB explaining his leave: https://www.facebook.com/aaronyanmusic
Basically:
- the Taiwanese entertainment industry is in trouble. Everyone is leaving for China and the quality of drama is not up to par
- he wants to improve himself more which is why he will take classes
- tells people to chase their dreams

You can read the English translation here: http://dearaaronyan.tumblr.com/post/149898007565/aaron-yan-the-transition-speed-of-media-is
Collapse