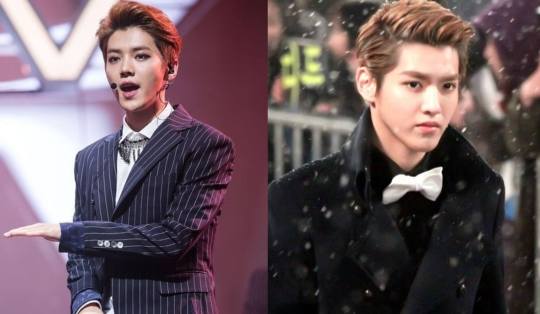 Kris and Luhan's contractual dispute with former agency SM Entertainment has at last drawn to a close.

The court recommended for the two parties to reconcile, and the final agreement dictated that Kris and Luhan's exclusive contracts with SM Entertainment stay in force until 2022 as was originally written up.

SM's representative law firm announced through an official press release on July 21, "We cannot disclose the details of the agreement but in accordance to the court's ruling and the agreement of the parties involved, Kris and Luhan's exclusive contracts will be effective until 2022 as originally contracted."

"We won't accept you Chinese boys here even if you promote as EXO.  "Those jjangkkae (derogatory term Koreans use to call Chinese people) bastards got what's coming to 'em lmao,"