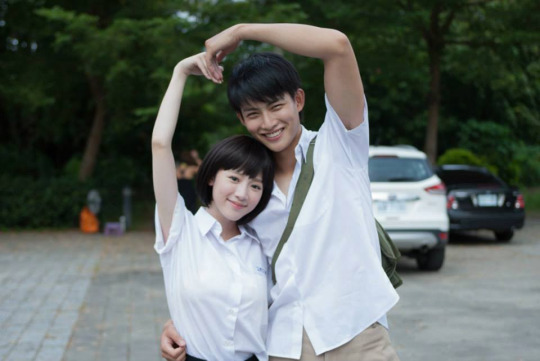 Doctors pronounced Yang brain dead yesterday at noon and her family donated her organs to grant her last wish — as requested by Yang in a note, Yang’s agency said.

Yang was found hanged at her residence in Taipei on July 6 by her boyfriend, actor Chang Ting-hu (張庭瑚), and was given emergency treatment and immediately taken to hospital.

Beginning her career as a regular on a variety show, Yang in recent years gained celebrity in TV dramas and commercials. Her career escalated this year as she played the lead in a popular TV serial.

I cried when I found out :(( her bf is actually one of my fave taiwanese celebrities. Apparently she called him right before she hung herself so he found her body afterwards
I started following her on FB and also subbed her drama on Viki. I always thought she had body image issues (bc she often posted her weight, like 38KG, and also posted huge paragraphs of her defending herself from plastic surgery accusations) and even saw her last FB status update (a recorded message for her supporters and haters) but didn't know about her suicide attempt + coma + death until now.. RIP
Collapse