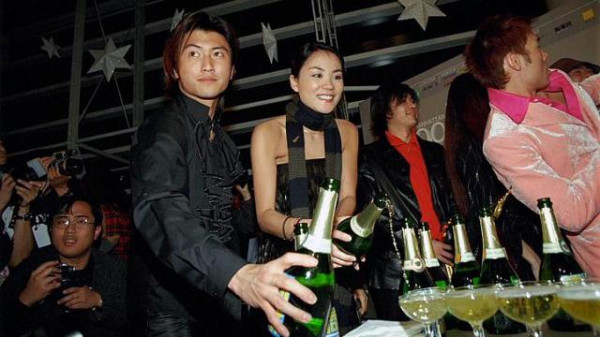 Today, Oriental Daily News said Wong's close friend, actress Vicki Zhao, was instrumental in getting the couple back together, 11 years after they broke up and went on to marry and divorce other people.

In March, when Zhao was a guest on Tse's travel and food programme, Chef Nic, she teased him and said he must have charmed many women with his cooking. He said: "I've never had a lock on anyone, there's no one with me."

But she dropped him a hint that Wong had never got over him, saying: "Someone isn't with you, but you have a lock on her heart."

Wong and Tse had long lost contact with each other, but Zhao helped them reconnect, the newspaper said, citing unnamed sources. They began meeting regularly, and Tse, who has a post-production studio in Beijing, soon had more reasons to fly there frequently.

He did not deny the relationship when Apple Daily called him yesterday. He said: "I'm on a plane now, I won't respond, thank you."

His agent Mani Fok confirmed the romance, saying: "Of course it's a good thing."