Yaaaay Diana Wang is back! 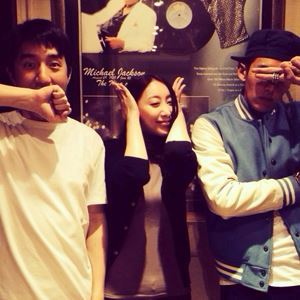 The identities of the two women who were arrested with Taiwanese actor Kai Ko and Jaycee Chan, the only son of Hong Kong actor Jackie Chan, during a drug bust in Beijing have been revealed.

The two women, Chinese actress under Emperor Group’s management Alice Li, and Joyce Chang, former Chinese member of Korean group RaNia, were in Jaycee’s house before being arrested at a foot reflexology centre.

Alice had acted in Chinese movie But Always, which also stars Nicholas Tse and Gao Yuanyuan and has yet to open in cinemas. Sponsors are worried that the drug scandal will cause her to be banned from the Chinese media industry like Jaycee and Kai.

Both Alice and Joyce were said to have pleaded with authorities for leniency and hoped their identities and actions will not be exposed.

In addition, Jaycee has reportedly been fined NT$25million (approximately S$1.06million) by the production unit of Chinese variety show 2 Days & 1 Night for missing a recording session last Monday after he was arrested.

Jaycee’s management agency M’Stones International had already requested to stop collaborating with the production unit after the arrest and refunded the NT$7.4 million (approximately S$310,000) deposit. However, they asked for further compensation for “being unable to fulfil contractual terms”.

Jaycee’s manager responded and said all sponsors and production units have been informed of the 31-year-old’s arrest and M’Stones International will settle all financial matters as Jaycee was the one at fault.

Not sure what to tag the girl from RaNia as...

Grady was a contestant on the first season of The Voice of China.

想你的夜 is an amazing song no matter who sings it.
Collapse