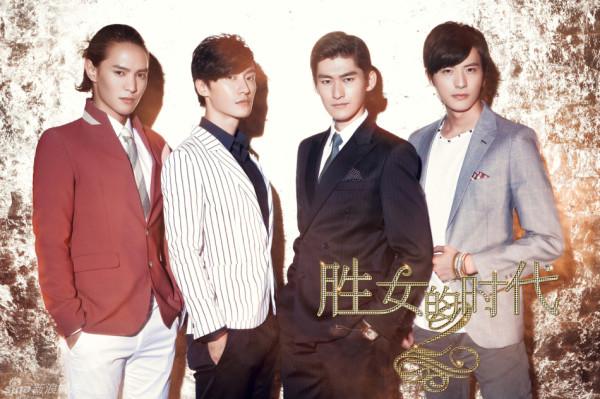 I bet Zhang Han wishes “H4″ of Meteor Shower were rich enough to dress like this.

The wonderfully crafted SOP Queen from Mingdao Workshops continues its  trend of great fashion and stylists, wonderful eye-candy, and fanciness all around  in the follow-up drama  “SOP Queen 2 : The Queen’s Epoch" 胜女的时代.

After an one-year hiatus, Zheng Shuang finally  returns to work, this time playing a pair of twins who were separated at birth, as
all twins are. Talented but coming from a simple background, Zhang Han’s role was (shock) in love with Zheng Shuang’s wealthy twin.  When
the two planned to runaway together to escape her arranged marriage, she dies on the way to meet him and her younger twin is brought in to act
as her. Shocked by the seeming-betrayal, Zhang Han plots revenge but can’t help falling in love with the younger twin.  Joining the cast are two handsome new actors, singer-actor Kimi Qiao Renliang, actress-host Sun Xiaoxiao, and actress Jessie Chiang.