➤ Taiwan musician and Mayday guitarist Stone turning 36 on December 11th
➤ Hong Kong singer and actor Bosco Wong turning 32 on December 13th
➤ If there are any birthdays not mentioned here between December 9th and December 15th, please let us know in the comments. 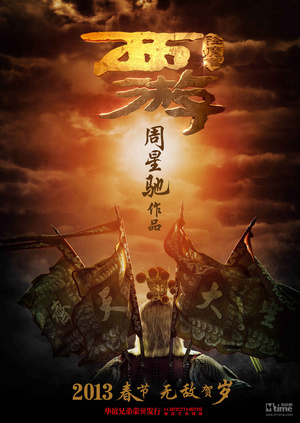 Stephen Chow is developing a new take on the Monkey King legend, based on the Chinese fable Journey to the West, which he previously adapted in the popular A Chinese Odyssey Parts 1 and 2. Chow’s project is not to be confused with the other Monkey King movie in the works, starring Donnie Yen.

This time around, Stephen Chow is only co-writing and producing the film while Derek Kwok (Gallants) directs.

Shu Qi will play a swordswoman who was not featured in the prior films. The film itself will not be a sequel, just cover the same source material.

At a press conference yesterday, China Vision Media Group confirmed the film is slated for a Spring Festival release in 2013. They also announced that Stephen Chow has signed a 7-year contract with the company to direct five films. Meanwhile, Twitch Film has the first poster for the film, titled A Chinese Odyssey.

BREAKING NEWS: The first teaser trailer for the film – now titled Journey to the West - is online, courtesy of Mtime. Stephen Chow is listed as co-director, besides his previously announced roles of producer and writer.