Leung Ka Fai felt that viewers probably would not be able to understand the complicated relationships from just watching once and suggested for everyone to watch a few more times. Sing Sing said that he felt he was still living inside the character in the film.

A NEW leader isn't the only change coming to China. Peng Liyuan, Xi Jinping's wife, looks poised to become the closest thing China has ever had to a US-style first lady.

Ms Peng, 49, is a hugely popular folk singer who has been more famous than her husband for most of his career. Hundreds of millions of people have heard her sing during the country's annual Spring Festival pageants on television; she is also a major general in the People's Liberation Army musical troupe. It is a striking change from the past three decades, when Chinese leaders' spouses have kept low profiles. Liu Yongqing, the wife of current President and Party chief Hu Jintao, rarely appears - and seldom speaks - in public, even inside China.

Political analysts say Ms Peng has already helped to soften her husband's image. Although she has avoided talking about him in public since 2007, when he emerged as the front-runner to become Communist Party chief, she has talked about their personal lives in the past. "When he comes home, I've never thought of it as though there's some leader in the house," she once told a state-run magazine. "In my eyes, he's just my husband." 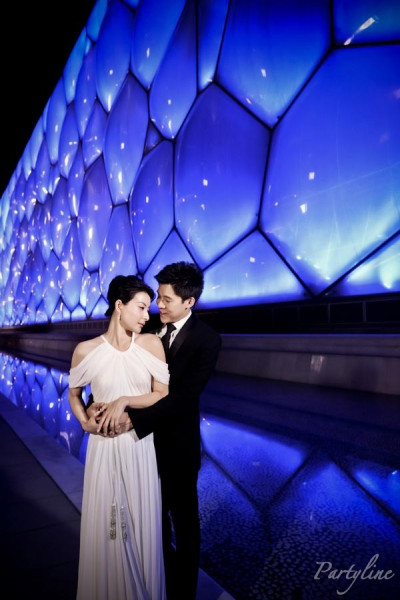 From Greece to England and Guangdong to Beijing to Hong Kong ,  multiple Olympic and world champion in diving Guo Jingjing and Hong Kong tycoon family’s  Kenneth Fok just released a small portion of their extravagant photoshoot in time for their 3-day wedding this weekend.