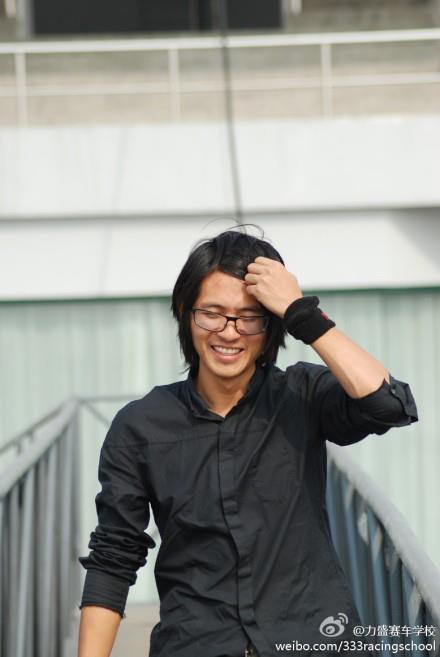 Not so long ago, many Chinese commentators wrote in a cautious, oblique style designed not to offend the nation's famously humorless leaders — then came the Internet, blogs and a cheeky young man named Han Han.

The voice of China's post-'80s generation, Han is ironic, skeptical and blunt — writing what many young Chinese think but dare not say publicly.

A collection of his satiric essays is out this month for the first time in English. It's called This Generation: Dispatches From China's Most Popular Literary Star (and Race Car Driver).

Han aims his sarcastic barbs at a wide range of targets in Chinese government and society, from the state education system:

— "I participated in quite a few essay competitions. Before each event, I had to first brainwash myself and check to see what slogans were in fashion."

To the rule of law:

And the growing gap between the rulers and the ruled:

— "The main contradiction in China today is between the growing intelligence of the population and rapidly waning morality of our officials."

Lol @ the obvious plants on Amazon calling him a fake.
Collapse