The popular Kamikaze brand under music giant RS blew out its five birthday candles last Saturday night with an annual concert featuring all 32 of its young stars performing variously solo and in groups.

The sold-out, three-hour event featured 34 songs and medleys, performed by both the original crooners and through the kids in temporary pairings, giving the young fans plenty of chances to scream with delight.

The "Kamikaze the 5th Destiny Concert" offered the 4,000-strong audience a chance to get up close and cosy to their beloved singers thanks to the long H-shaped catwalks but after the initial excitement, the cheers seemed less enthusiastic than at regular RS events.

Both stage side screens were put to good use featuring the lyrics of songs as well as close ups of the singers. Prior to the show, videos were shown of members of the public saying lots of good things about Kamikaze, though many in the audience looked puzzled as to why only openly gay men and katoey had been questioned.

The final song - "Destiny" - was also new and composed especially for the concert. Performed by all 32 singers, it brought home the fact that with the break up of K-otic earlier this year, XIS is the label's only remaining boy band. 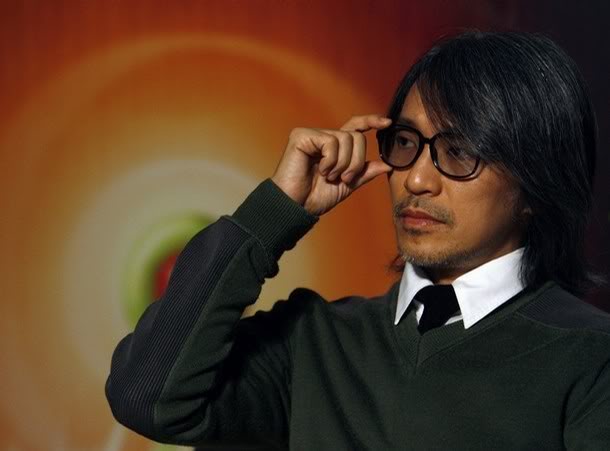 Top Asian actor-turned-director Stephen Chow will direct five films over the next seven years in a new deal with ChinaVision media group, beginning with the newest movie directed by Chow, an adaptation of the Chinese classic Journey to the West, announced ChinaVision this week.

The Chinese-language movie titled Chu Mo Chuan Qi, translated as "Slayer Legend," is expected to be released during the Lunar New Year in February 2013. The film release will mark the on-screen return of the Hong Kong-born star, who last appeared in front of the camera in 2008 in CJ7, which he also directed.

Hong Kong-born Chow hailed as the king of comedy in Asia and has a successful career marked by a string of box-office hits including Shaolin Soccer and Kung Fu Hustle.

His newest movie, reportedly in post-production, is a spiritual adventure movie and is expected to feature Chow’s signature ‘wu li tou’ slapstick humour. The film will co-star other top Asian actors including Shu Qi and Show Luo.

This film is the second movie version of Journey to the West starring Chow, who played the Monkey God in the 1994 production, also known as A Chinese Odyssey.

Journey to the West is popular fodder for Chinese film directors and has seen numerous adaptations on television and in movies. Published in 1592 by Chinese writer Wu Ch’eng-en, the novel is a fictionalized account of the pilgrimage of a seventh-century monk, Xuan Zhang, who has to travel to India to bring Buddhist scriptures back to China for translation. As the journey is fraught with danger, the monk is assigned the protection of three bodyguards, including the Monkey King god.

I want to believe this...but

The Swedish Academy announced on Thursday that the 2012 Nobel Prize for Literature has been awarded to China’s Mo Yan, “who with hallucinatory realism merges folk tales, history and the contemporary”. Mo said that he was “overjoyed and scared” at the announcement, which was greeted with cheers in the room and accompanied by a ‘biobibliography’ on the Nobel Prize website:

Mo Yan (a pseudonym for Guan Moye) was born in 1955 and grew up in Gaomi in Shandong province in north-eastern China. His parents were farmers. As a twelve-year-old during the Cultural Revolution he left school to work, first in agriculture, later in a factory. In 1976 he joined the People’s Liberation Army and during this time began to study literature and write. His first short story was published in a literary journal in 1981. His breakthrough came a few years later with the novella Touming de hong luobo (1986, published in French as Le radis de cristal 1993).

[…] Through a mixture of fantasy and reality, historical and social perspectives, Mo Yan has created a world reminiscent in its complexity of those in the writings of William Faulkner and Gabriel García Márquez, at the same time finding a departure point in old Chinese literature and in oral tradition. In addition to his novels, Mo Yan has published many short stories and essays on various topics, and despite his social criticism is seen in his homeland as one of the foremost contemporary authors.

Bandar Seri Begawan - Local celebrity Wu Chun is actively getting more involved in activities aimed at developing further understanding between the citizens of Brunei Darussalam and the Republic of Korea following his appointment as a Goodwill Ambassador by the Ministry of Foreign Affairs. and Trade of the Republic of Korea yesterday, during the 4345th anniversary of Korea's Foundation Day celebration.

The Ambassador of the Republic of Korea to Brunei Darussalam, Mr Choi Byung-Koo presented the letter of appointment to Wu Chun.

Wu Chun, who came to fame in the Republic of Korea following the Hana Kimi drama show was voted 'Top Asian Star' at the 2010 Asia Model Festival awards in Korea and in an interview said, "It's such an honour to receive the award from the Korean Ambassador. Fans in Korea always give me a big cheer and I would love to increase the understanding and bridge the two different cultures of both nations through my role as a goodwill ambassador."

He also added, "I am always very passionate about introducing my country Brunei, to the world, as Brunei is such a mystery country in the past, but things started to change when Brunei Tourism started taking a more aggressive stand to introduce our nation".