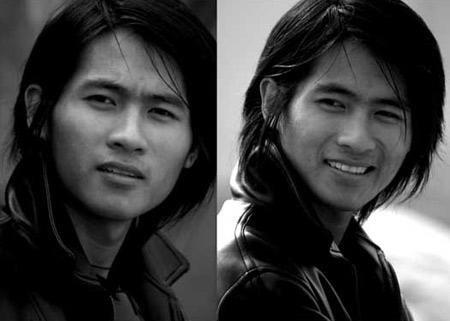 Generations, and the narratives they trace, are slippery concepts. It’s hard to define an era as it unfolds, and even harder to locate the spirit of the times in an individual who speaks for his youthful cohort. But that doesn’t stop us trying. Back in the Sixties, Bob Dylan resisted being labeled as the voice of a generation. “I’m just a song and dance man,” he told reporters. It’s an ambiguity shared by Han Han, a Chinese author, blogger, and racecar driver. He was born in 1982, which means that he came of age in a digital world. His cohort has the luxury of choices that were denied to their parents, who were trapped in the straitjacket of Chinese politics. Yet this material wealth doesn’t easily translate into happiness or self-assurance.

All of which is grist to the mill of a chronicler like Han Han. His first English-language collection is ‘This Generation: Dispatches from China’s Most Popular Literary Star (and Race Car Driver)’. The subtitle may flatter his fame. But his is a voice that is worth hearing, even if grates and whines, and slips into narcissism. At its best, he’s sly and profane, skewering the foolish and mocking the powerful. He affects not to seek the spotlight in the role of youth spokesman. He relates how he declined an invitation in 2009 from the U.S. embassy to attend a town hall meeting with President Obama because he had a race meet that day. His argument is that since all such events in China are staged and censored they are pure theater. “Actually, whether it is the American president of the Chinese one, there’s nothing I particularly need to ask or say. But the main thing is, I have absolutely no interest in sharing a room with a bunch of actors, that’s all,” he blogged.

Boyd Tonkin: Han Han shows us China in top gear – but does he really want to change it?

Choke on that gearstick, Jeremy Clarkson. The planet's most successful petrolhead writer doesn't mess around with cheesy TV shows for ageing adolescents. He wins races - lots of them - as a national rally-driving champion and poster-boy (quite literally) for his team. His novels sell by the truckload and his sensational blog has attracted (at the last count) nearly 600 million views.

Even worse for our own whingeing motormouth, this rival has fast become a seminal influence on the rising generation in tomorrow's superpower. So, even for the automobile-averse, how Han Han thinks and what Han Han writes matters infinitely more than a thousand series of Top Gear.

His story astonishes. Born outside Shanghai in 1982, Han started writing in earnest aged 15 and dodged university to make his living in literature. In 2000, the prodigy's double-million selling novel Three Doors secured his role as a key voice for China's restless, change-hungry young people. Income from books then helped him launch his career as a rally driver, with luxury-brand endorsements powdering extra stardust over this icon of the Chinese Dream. A serial winner, he has cut down on racing but still competes around 15 times a year.