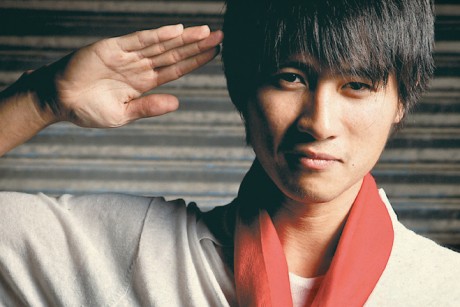 Excerpted from "This Generation: Dispatches from China's Most Popular Literary Star (and Race Car Driver)"

I have been keeping a blog now for six or seven years, and even though I have been far from assiduous in updating it, I find that I’ve now written several hundred posts in all. But as time has gone on, a good half of Chinese bloggers have transferred their attention to social networking sites, while the other half have become converts to microblogs of one kind or another. For the past year or so, the links on the left of my screen have been left unattended — it’s not just a case of tea going cold when someone leaves, for the tea has completely dried up, leaving only the cup itself. Most of those former bloggers have probably already forgotten their own username and password. But I like it better this way. It’s as though a bunch of people suddenly came crowding in, doing the same thing as you, then left again just as suddenly. You don’t feel lonely when they’re gone — it just seems tidier.

Lau Ching Wan earlier accepted Luisa Lai Chi San's BEST ACTOR program interview. On the show Lai Chi San described Lau Ching Wan as "Show Business Odd Ball" because he normally did not join the crowd and rarely spoke. He also looked somewhat alternative. Ching Wan pointed out that when he was little his relationship with his family was quieter. Now it is much better.

Ching Wan said that in his show business life, he has worked with Wai Ka Fai often. First they worked together on POLICE CADET (SUN JAT SI HING), then in 1992 THE GREED OF MAN (DAI SI DOI) made him a star. Both series were Wai Ka Fai written and produced. He also because of THE GREED OF MAN met his wife Amy Kwok Oi Ming. He said that outside the shoot they did not say one word. Then Vivian Chow Wai Man held a concert and invited them both, only then they started to have a chance to date. Lau Ching Wan said that his wife appreciated his directness the most, but he did not know what he admired his wife for the most. He only felt that he was hers. He believed in destiny very much. Speaking of parenthood, Ching Wan said that the completeness of a family depended on the family's relationship and not on having children. Lau Ching Wan also said that he was nominated 12 times for Best Actor and only won once. He said that he would not deliberately give himself pressure. Now he would only do his best.