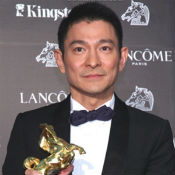 The Hong Kong actor will join a group of respected directors, musicians, authors and actors to sit on the judging committee this year

With Andy Lau part of the judging panel for the 49th Golden Horse this year, many wondered if his close friendship with Best Leading Actor Award nominees Lau Ching Wan, Nick Cheung and Nicholas Tse, will affect his judgment call.

The 50-year-old clarified that he will be impartial and aboveboard in his decision. â€œIf the work is good, it is good. If it is bad, it is bad. The competitors for the awards are clearly aware of this."

Having acted in more than 140 movies since 1982, Andy is a two-time winner of the Best Leading Actor award for his stellar performance in Infernal Affairs III (2004) and A Simple Life (2011). It is said that the actor-singer's main duty will be to head the judging committee. He will also be spending 10 days in Taiwan to review films for the awards ceremony.

Wen Tien-Hsiang, CEO of Golden Horse Executive Committee shared, â€œWe hope that the Golden Horse Awards will be a party for everyone in the film industry. Andy's involvement in the Awards last year was strongly felt so this is our recognition and respect for him." 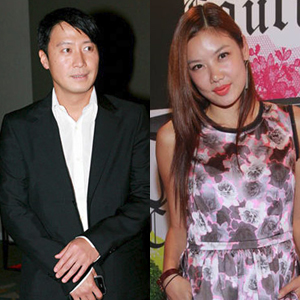 After being Mr and Mrs Leon Lai for four years, Leon and Gaile Lok finally called it quits and ended their four-year-long marriage yesterday.

The ex-couple issued a joint statement through their management company, Paciwood Music & Entertainment Ltd. and cited "irreconcilable differences in their philosophy in life" as the main reason behind the split.

A close friend revealed the root cause behind their divorce and said it was due to the lack of quality time spent together after they got married in 2008.

A career-minded Leon was said to have lavished his missus with luxurious gifts such as a yacht and a mansion to win her over. He went as far as to financially support Gaile's restaurant and art gallery business venture in order to salvage their marriage, but things did not work out as planned. Gaile still felt neglected and even requested for him to "spend more time at home".

Another source stated that Leon was overly-protective towards Gaile. He reportedly sieved through her workload and social life, and put a stop to her modelling career.