It's a couple weeks old, but this is too cute not to share. 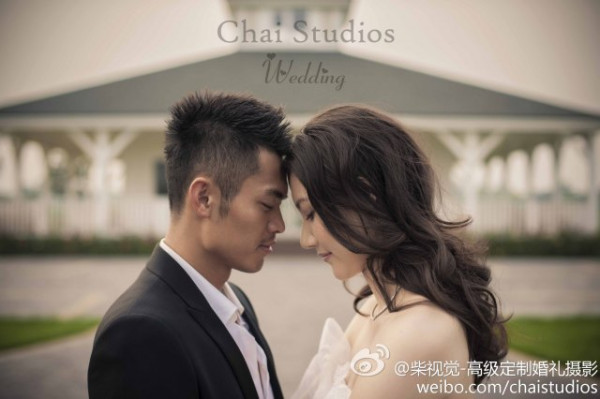 The recently-wed (though they’ve been married since 2010) badminton pair Lin Dan and Xie Xingfang  did a wedding shoot as a part of their wedding last weekend.

Currently LJ is only selectively allowing posts in the queue to be approved, otherwise throwing up error messages.  Another mod is unable to reply to anything or approve anything.  So if your post is stuck in the queue, that's why.  Not because we hate you or anything lol.

As soon as LJ fixes its shit, it'll be out here.  Keep submitting, but don't resubmit if you're not seeing it show up. Presumably at some point we'll be able to get it through.

During a trip in China, I watched a television drama that follows a policeman's investigation of a murder case. Shot with a handheld camera and a bad microphone, the drama was clearly made to look like a documentary about a real crime. However, the show gave itself away with bad acting and shoddy production values, looking more like bad audition footage from a much better television drama.

I immediately thought about that show while watching Beijing Blues, realizing that this was what that television show was aspiring to be. Starring some of the most famous figures of the Beijing cultural scene (almost entirely non-actors), Beijing Blues is an interesting cinéma vérité-style drama that is actually effective in blurring the line between reality and fiction.

Based on a real street cop who made over 1,600 arrests over seven years, Beijing Blues is not your typical crime procedural drama. Detective Zhang Huiling (popular author Zhang Lixian) doesn't bust major drug deals or get into gunfights with bank robbers. Instead, he's a Beijing beat cop who spends his day preying on small-time criminals, primarily con artists with elaborate scams and pickpocket gangs. Director Gao Qunshu, who has depicted the difficult lives of Chinese policemen in Old Fish and television series Zheng Fu, always shows the crimefighting process from Zhang's point of view, with the cop standing afar like a hunter patiently waiting to strike. Beijing Blues is far from the most exciting film about catching criminals, but it shows that crimefighting in the real world isn't about car chases and gunfights.

Even more interesting than Zhang's methods are the crimes themselves. The film unintentionally functions as a public service announcement of sorts, showing us the various creative (and likely real) ways that Beijing criminals prey on innocent people. From fake fortune tellers to elaborate cons involving an entire family to even car lock remote jammers, Gao shows that petty criminals may be some of the most creative people in Beijing.

Beijing Blues is also a bold film for a government-approved mainstream production. Not only does it portray its crimefighting hero as a jaded and exhausted veteran (cops are often portrayed as incorruptible, upstanding people in China), it also makes references to real-life incidents that have caused social uproar in recent years. The most powerful one is the reenactment of the Yueyue case, involving the toddler who was repeatedly run over by passing trucks and ignored by passersby as she laid dying. However, Gao does compromise with the finale of the film, wrapping the film up with a message about people's duty to obey the law under any circumstances.

Beijing Blues is one of the most fascinating Chinese crime films in recent years. Unlike commercial films that put a heavy layer of polish on the more glamorous side of the big city, the film is a humorous and often bittersweet look at the lives of commoners in the Chinese capital. Many of the criminals in the film are unrepentant, but they are mostly people whose circumstances force them to turn to crime. Even if Beijing Blues is mostly fiction, it always feels genuine. Perhaps the makers of that crime mockumentary can now watch Beijing Blues and take a stab at a sequel.