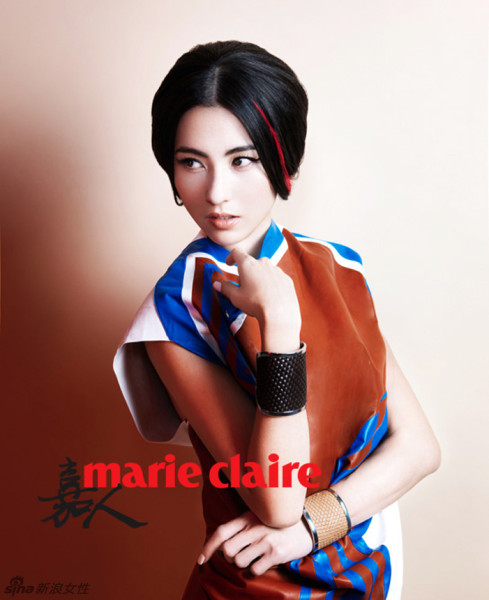 When it rains it pours; the leading fashion magazines in China recently released a slew of photo shoots with leading ladies Tang Wei, Li Bingbing, Yang Mi, and popstar Cecilia Cheung. Look below the cut, to see Cecilia Cheung burst with color and modernity for Marie Claire, probably stolen from the more gothic Madame Figaro shoot that follows. There, Tang Wei goes from being dark and melancholic to downright depressed. Vogue is very liberal with the color rouge (maybe a little too liberal) for its photo shoot with Li Bingbing, and Yang Mi/Wang Zhaojun fills out the quartet as the fourth beauty for September in a chic shoot for Elle.

With the Japanese government single-handedly purchasing the Diaoyu Islands, hostility towards Japan have escalated in recent days in China. Many netizens have scolded Tony for his involvment in the Japanese film 1905 and have branded him as a traitor. Tony has been helplessly caught in the crossfire. Even though he has yet to sign on for the film nor has he seen the script, the Japanese film company announced the start date of the production without informing him. Jet Tone's spokesperson Miss Leung says, "Director Kurosawa contacted us back in 2009 to see if Tony was interested in filming this movie. We discussed it, but Tony hasn't seen the script yet and we haven't officially signed any contracts. (They said that filming will begin in November?) Why don't you wait and see if they actually start filming." This entire incident has made Tony very unhappy. Jet Tone and Tony share the same understanding and will postpone the project indefinitely.

However in reality, Tony is a very loyal person. For someone who rarely gives interviews on variety programs, he accepted an interview from Luisa Maria Leitão knowing it was her first time hosting her own show. When she asked him to appear on her program ‘Best Actor’, she said that “it would really help me if you accept this interview”. With that one request, Tony immediately agreed. During the interview, Tony goes in depth into his private life, not only talking about the two most important women in his life (his mother and wife Carina Lau), but also talks about growing up in a single-parent household. Tony also makes an exception and talks about what it was like to meet his father again after he abandoned the family. 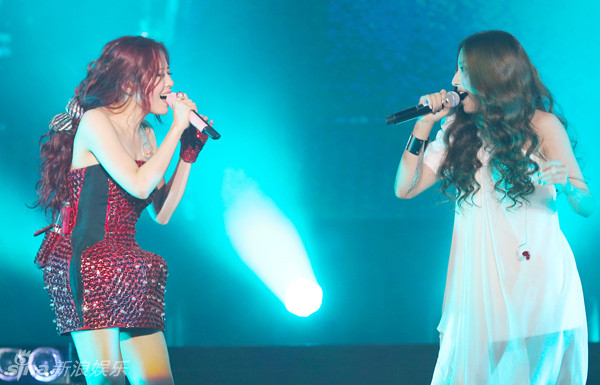 Pan Chen again demonstrated her piano skills from years of rigorous training in this second single Because of Love, a duet with her shijie and boss Jane Zhang Liangying. Because of Love was originally meant to be Pan Chen’s solo, however, after hearing the song Jane thought it would sound better as a duet. Pan Chen released her self titled album, which is also her first full length album, on August 28th.