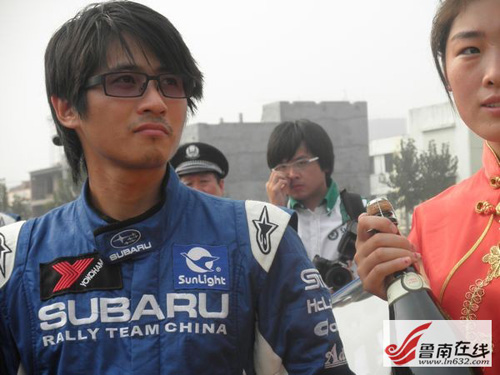 As anti-Japanese protests continue to heat up in China, well-known Chinese blogger Han Han took to Weibo to denounce violent acts such as smashing Japanese-made cars. Liz Carter and David Wertime at Tea Leaf Nation summarize some of his points:

Buying a Japanese car does not equate to a lack of patriotism. “No one who has bought a Japanese car thought they were supporting Japan’s violation of China’s territory; they just wanted an economical, fuel efficient car with easy upkeep.” Han, who in addition to being a famous writer is an accomplished race-car driver, further wrote that he himself used a Japanese car in rally racing.

Protests like these reinforce the Chinese government’s rationale for keeping tight social control: “One need only consider the past couple of days to see why the average person feels that ‘stability maintenance’ is a good idea, and ‘protests’ and ‘meetings’ are unwelcome words.”

[...] It’s possible that someone in China’s higher reaches is backing these protests: “As far as looting and destroying things, this must be punished by law, or else I might suspect that there was some official backing behind all this.”

ETA Source - Han Han to Japanese Car Vandals: You Are Not Patriots....has already garnered over 126,000 retweets and over 25,000 comments. Destroying other Chinese people’s property in the name of patriotism is not patriotism at all: “I suggest that when media organizations cover news about Chinese people seriously violating one another’s rights, that they keep the word ‘patriotism’ out of it. How is this loving your country?”

2nd Edit explaining Han Han's last sentence there: As anti-Japan protests rage on, outside observers have started to ask why the Chinese authorities haven’t clamped down. Some even say the government has a hand in the demonstrations. An incident from earlier this year may shed light on how China handles its territorial disputes, depending on who else is laying claim to the water or land. 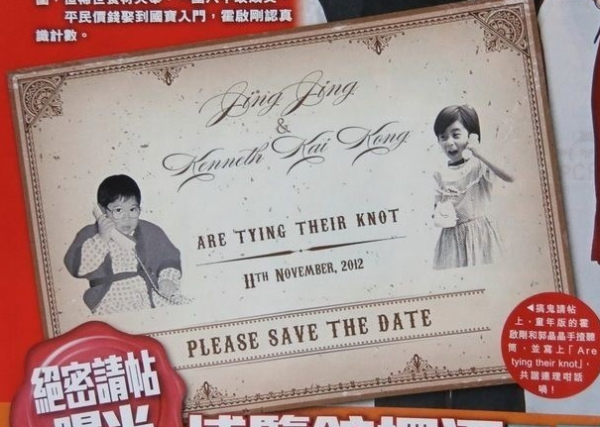 Seriously, why are Chinese stars so freaking happy this year? So much success in both careers and love that I don’t think I can handle all of them.

After dating for over eight years, diver Guo Jingjing is finally getting married to boyfriend Fok Kai-kong!  Guo Jingjing’s adorable wedding invitation were recently leaked out to the Hong Kong  press. See the photo  for their invitation, which features their baby pictures!

Also, I just found this music video of Li Xiaopeng and Li Anqi’s wedding in California. What an adorable pair. And yes, that’s Yang Wei break-dancing/pummelling away on the dance floor.