LONDON — The champion hurdler Liu Xiang, the most prominent athlete from China competing in the London Games, suffered another painful Olympic exit on Tuesday morning.

Four years after Liu had to withdraw from the men’s 110-meter hurdles in the Beijing Olympics, devastating his millions of adoring fans in China, he left the competition here without clearing a single hurdle in a preliminary heat. Just as in 2008, an Achilles tendon injury was his undoing.

Liu, a former world-record holder in the event and the gold medal winner at the 2004 Athens Games, drove his left foot into the first hurdle and tumbled to the track, grasping his lower right leg. 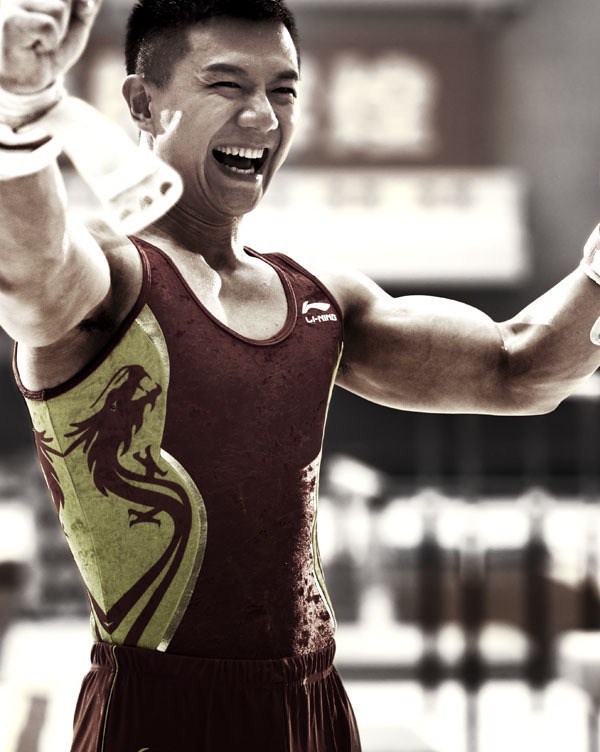 Despite the loss, the team leader finishes gracefully with a hug to his opponent and a flash of his signature smile. "To be honest, my heart hurts, but I've learned more than winning and losing in these four years. I can accept wins and I can accept losses. I have no regrets today. I've done everything I can."

I think everyone watching was shocked by the loss of Chen Yibing to Brazilian gymnast Arthur Nabarrete Zanetti on Monday. Zanetti is a brilliant gymnast, but Chen Yibing’s performance was near perfection. Both the Italian and Chinese head coaches have openly criticized the scores, believing that Chen Yibing should’ve won the gold.

Chinese teams have almost always kept their silence on any feels of injustice, and this was not the first the  gymnastics team has felt unfairly scored,  but something ticked for the head coach Huang Yubin tonight. In a writing to Sina, he calls it a ” dark night in the history of gymnastics” and  an ” injury to every one in the world who loves gymnastics.” He concludes by asking the IOC and FIG to investigate the judges and scores. The letter is translated from the words of Huang Yubin as edited by Sina Sports by idarklight@Cfensi.

The sprinkling rain in the London night makes me filled with chill. It hasn’t been like this in several days, but it is so today. Are even the heavens feeling injustice and indignation for Yibing? The trustworthy team leader of the Chinese gymnastics team, Chen Yibing gave the world his most perfect performance of his life at this finals, but did not get the champion that he deserves.

From Beijing to London, the Chinese gymnastics team has not had it easy. The coaches and athletes prepared rigorously, and Yibing especially has been filled with injuries. Everything he’s been through is beyond what one can imagination. He endured it, persevered it, pursued it,  only to scratch  shoulders with the gymnast’s biggest pursuits. Who would ever think that  he, filled with success and confidence,  would have the biggest regret as his athletic journey comes to an end.