Translated by idarklight from Taipei-based Want Daily (yes, like the drink and snack) because the first paragraph is so much lolz. Reporter fail. Also, their conversation is such a typical Chinese moms conversation.

London time on the 23rd, Liu Xiang’s parents met accidentally with Lang Lang and his parents at the hotel the mainland Chinese Olympics team was staying at. Liu Xiang and Lang Lang’s mothers immediately started chatting.

“Your Liu Xiang is so amazing. He’s won Olympic champions, world champions, we really like him. He’s the pride of the Chinese.” Lang Lang’s mom said, “The Olympics is beginning. We really hope and believe he’ll win the gold medal again. I especially really want to see Liu Xiang with the highest honors again.”

Liu Xiang’s mom also praised Lang Lang. “Aiyou, look at how excellent your son is. Not only is he a pianist that performs all other the world, he’s also a handsome young lad. What a great kid. ”

Liu Xiang’s mom immediately adopted Lang Lang as her godson, “I’m so happy today to have one more such great kid, one more pianist son. ” Since Lang Lang was born on June 14th, 1984, a year older than Liu Xiang, Liu Xiang now has one more an elder brother.

Liu Xiang won’t go from Germany to London until before his competition, and Lang Lang has to leave on the August 3rd because of performances, so Lang Lang said “We won’t see each other (here). Plus, before the Olympics, I should let Liu Xiang concentrate on competing and not distract him. We’ll definitely meet again later.” But, both have already set a date to eat together during the 2013 National Games in Shenyang.

Doubles players Yu Yang and Wang Xiaoli are among eight players charged by the Badminton World Federation (BWF) with "not using one's best efforts to win".

LONDON – Olympic badminton authorities booted eight players out of the games' tournament for attempting to throw matches, but the real culprits are the officials who organized the event.

Two South Korean pairs, a Chinese and an Indonesian team will be stripped of their place in the quarterfinals unless an appeal against the punishment is granted. All four teams were determined to have tried to lose their final matches in the women's doubles group stage in order to secure a more favorable draw in the knockout round.

While the matches led to ugly scenes of players deliberately serving into the net while the Wembley Arena crowd booed and jeered, it is the organizers of this event who are responsible for allowing the tanking to happen in the first place. By implementing a controversial group system instead of a single-elimination format as used previously, Games chiefs left themselves open to the kind of nightmare that transpired late Tuesday.

LONDON – Chinese diver Wu Minxia's celebrations at winning a third Olympic gold medal were cut short after her family revealed the details of a devastating secret they had kept for several years.

Wu's parents decided to withhold news of both the death of her grandparents and of her mother's long battle with breast cancer until after she won the 3-meter springboard in London so as to not interfere with her diving career.

"It was essential to tell this white lie," said her father Wu Yuming.

The story of Wu's family secret has generated huge discussion in China, where the pursuit of success has been chased by the government-backed sports national sports program with unshakeable zeal over the past two decades.

Now there seems to be a backlash against the win-at-all-costs mentality after the revelations about Wu followed fierce criticism from a national newspaper when a 17-year-old weightlifter failed to medal.

Born in Harbin, Heilongjiang province, Qu Wanting (曲婉婷) left home for advanced studies in Canada in 2000. Through hard work, she became the first Chinese singer to win a contract from Canada’s leading record label Nettwerk in 2009.

During the week from July 24 to 31, her song Admit (承认) topped the music chart in China. Scroll down to enjoy the music video of Wanting’s song.

Also check out the top five songs in China during that week.

Yesyesyes the new Chen Kun song made it up here!

China's top official newspaper has waded into the furore over comments suggesting Olympics swimming sensation Ye Shiwen might have benefited from doping, saying that the unfounded suspicions showed ignorance and "deep-seated prejudice".

Chinese sports officials, Ye's father and the 16-year old swimmer herself have all vehemently denied the doping concerns, which some observers raised after her world record performance in the 400 metres medley on Saturday.

Hopefully, both sides will be able to wash their hands of this soon. 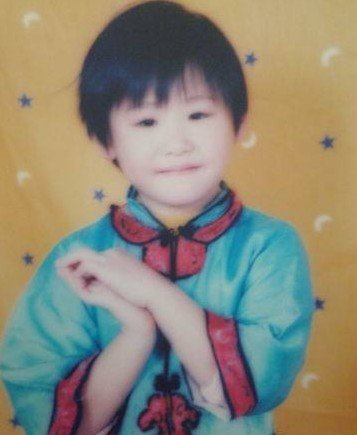 How can you say no to little Miss Ye S. ?

Instead, he stepped up the accusations in an interview with Yahoo!, probably because more legit papers no longer wants to get backlash for reporting his words.

" He believes Ye's swim was so outrageous that she was counseled to back way off in the closing 50 meters of her 200 IM victory three nights later. She swam that lap of freestyle in 29.32 seconds – slower than the last 50 of a race that was twice as long.

"She backed off, obviously," he said. "She never took a hard stroke at any point in time [in the final 50]. She was told to do what it takes to win, nice job – but if you look at tape from the 400 IM, it's two totally different swims.

"When she was coming from behind  she held an eight-beat kick all the way through the 400. That's extremely tiring. In the 200 she used a simple, soft, six-beat kick to get home.  "

In the worlds of the IOC, Mr Leonard,  I think it's time "to get real."  Alternatively, if you want to find someone who supports your belief that the girl is genetically mutated,  the Daily Mash  thinks she is in fact a dolphin in disguise.