Oscar-winner Ang Lee and 20th Century Fox have debuted the first trailer of the highly anticipated adaptation of the unconventional, Yann Martell-penned novel, The Life of Pi, and one thing is clear: this is 3D as you've never seen it before. While most uses of the technology come in spicing up (and jacking the ticket price) superhero flicks, Pi creates a more immersive world, in some ways like Avatar, but with a focus on bringing out the natural wonders of earth.

Made on eight soundstages in Taiwan, it certainly stands out from the rest of this winter's releases -- though, between The Great Gatsby and The Hobbit, there is a good chance we'll see 3D in a whole new way by the new year.

Viewers get a preview of the bengal tiger (yeah, that's Richard Parker) and the mighty storm that sets the protagonist (yep, Pi) off into sorrow and odyssey, and more is sure to come as the new release date of November 21 approaches. 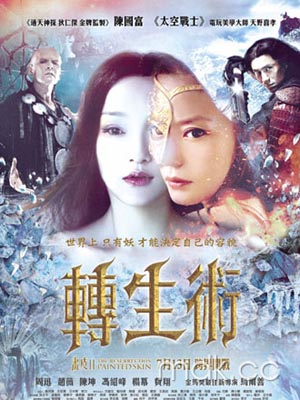 Huayi gets revenge from Bullets, which overtook Huayi's If You're the One for highest box office.

On Sunday, Painted Skin II: The Resurrection shot down Let The Bullets Fly to have the highest box office for a Chinese film in China. The film, which is still airing, took in 67 million RMB by Sunday, overtaking Let the Bullets Fly's 63 million. Other than a star-studded cast, gorgeous shots, and actually being a good story (cough, Painted Skin I, cough), the film also benefited from high 3D sales. I wonder how long it'll take before this one is beaten again? Another two years? Or less?

Painted Skin II in 3D is currently showing in select theaters in Melbourne and Adelaide in Australia, and is supposed to come to North America in August.