Source
Whoa, our boy's gettin' spoiled with all these MVs. Hurry up and come back to Taiwan, Anthony, I need to stalk you.

After tying the knot in a hush-hush manner in Las Vegas, Leon Lai and Gaile Lok have led most of their married life out of the media eye. Their sparse public appearances together have often led to rumours that the two were not getting along and that a divorce was imminent.

Last year, when rumours of the two's split were coupled with hearsay that the 31-year-old model was using self-mutilation to reconcile with her husband. These were quashed when Leon appeared at the New York Film Festival with Gaile by his side with their fingers tightly entwined. The 45-year-old actor also purchased a mansion in San Francisco for his wife.

This month, rumours resurfaced once again as Gaile appeared for an event in a revealing outfit. The model has kept her wardrobe choices conservative ever since her marriage, thus sparking gossip that the couple would split.

Yesterday, a source claimed that the two had already finalized their divorce last week and that Gaile has returned to the US, where her parents reside at.

Calls to Gaile for confirmation on the matter have gone unanswered as her management announced that the model was in the US for a vacation, but refuted rumours of the split, requesting that the media "Ask the persons involved".

Leon's management also declined to comment, declaring the rumours as "silly and a hoax".

The first two installments of an upcoming and highly-anticipated Taichi trilogy will be released only a month apart, according to producer Wang Zhonglei at a press conference yesterday in Beijing, chinesefilms.cn reports.

According to Wang, the first movie will be release on September 28, followed by the second installment on October 26. Both will be screened in 2D and 3D formats.

Set in late Qing Dynasty, the movie concentrates on how an ordinary man becomes a Taichi master, fighting off foreign invaders and monstrous machines.

The movie's release date will be in August. 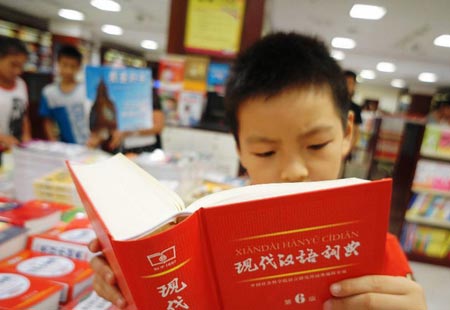