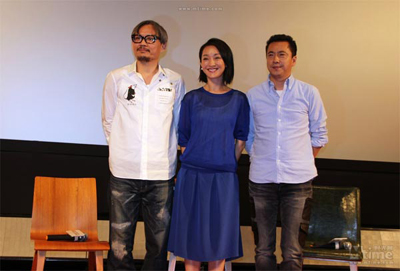 Wang Zhonglei, CEO of Huayi Bros, announced at a fan meeting event yesterday in Beijing that the fantasy movie "Painted Skin: The Resurrection" had grossed 6 million yuan (US$943,000) after its first round of screening, Mtime.com reports.

Actress Zhou Xun and producer of the movie Chen Kuo-fu were also spotted at the event.

According to Wang, over 200,000 people watched the movie at midnight across the country, which set a new record for domestic movies. The revenue ranked third place for the first day of screening at China cinemas, right after "Transformers 3" (12 million yuan/US$1.88 million) and Titanic 3D (10 million yuan/US$1.57 million).

The movie was highly praised by audiences that said it had superior special effects, costume designs and cinematography.

"Painted Skin: The Resurrection" is screened only in 3D currently.