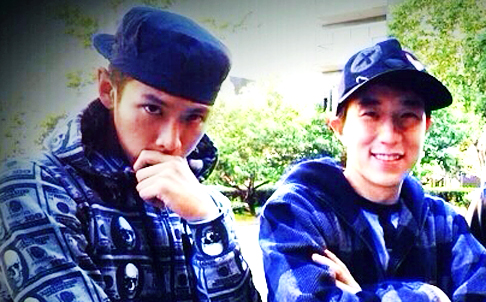 In a  statement released on its official Weibo account on Monday evening, the Beijing public security bureau said that police officers detained a number suspects for drug use last Thursday in Dongcheng District, including a 32-year-old Hong Kong actor with the surname Chan and a 23-year-old Taiwan actor named Ko. These descriptions seem to match Jaycee Chan and Kai Ko.

Urine tests on both Chan and Ko have returned positive results for marijuana, and both actors have confessed to using it, the police statement said. Police also recovered more than 100 grams of marijuana from Chan's home, it said.

The police statement says Chan has been put under criminal detention for the suspected crime of "providing a shelter for others to abuse drugs," which carries a maximum prison term of three years if a suspect is convicted.

Ko, on the other hand, would receive the much less severe penalty of "administrative detention", which lasts up to 15 days.

Two other local residents, a 36-year-old assistant and a 33-year-old suspected dealer, were also detained, according to the statement.

Chan and Ko join a growing list of celebrities – including mainland, Hong Kong and Taiwanese actors – who have been arrested in Beijing’s widening campaign targeting celebrity drug abuse over the last few years.

Chan,  the son of Jackie Chan, Hong Kong movie star and a current member of the Chinese People’s Political Consultative Conference, won a nomination for best supporting actor by the mainland’s Hundred Flowers Awards for his popular role in the 2010 film, Mulan: Rise of a Warrior.

It has been reported that Jackie Chan has invested in land, property and in the film industry in China, as well as promoting mainland charities. Jaycee Chan has played some important roles in mainland-produced films, such asThe Ideal City directed by famous writer Hanhan in 2012.

The father and son duo have landed some lucrative advertising contracts in the mainland, too. In August 2008, they represented Yuan Ye tea brand launched by Coca-Cola.

The People’s Daily online edition said that Ko had once appeared in an anti-drug public service advertisement in 2012 , in which he vowed never to use drugs. Jackie Chan was pointed as an anti-drug ambassador by China’s National Narcotics Control Commission in 2009.

Last Wednesday, forty-two artist management agencies signed an anti-drug agreement with local police in Beijing, claiming that they would refuse to hire artists who used drugs in the future, in a bid by authorities to tackle drug-use within the entertainment industry.

One Beijing-based director said that he was investing in a film which was considering using Kai Ko as the lead actor. “We can no longer hire him, since he’s now been arrested for drug use,” he said.

“However, the anti-drug agreement contains discrimination. It should not become the only rule to deny an actor’s talents and chances,” he added, preferring not named.

The Beijing police could not be reached for comment on Tuesday.

This is part of a larger crack-down on drugs currently sweeping the country (not just on celebrities, btw).