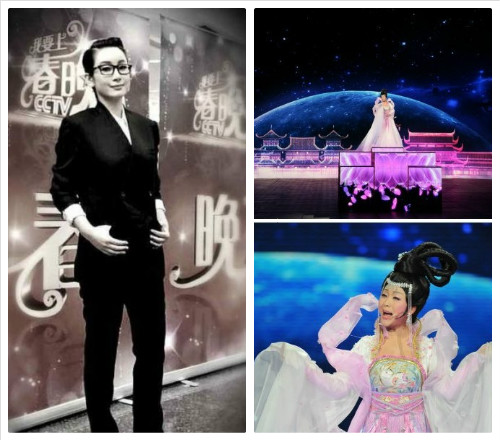 Who's male and  and who's female?

Only a few years ago, Li Yuchun was widely criticized for being androgynous, and Western media like the Times even used her as an
example of the state’s disapproval of such phenomenon?  Yet if you watched this year’s Spring Festival Gala, nicknamed the “gender-bending
gala” by netizens, you would’ve never guessed that was ever an issue.

There’s the now staple performer Li Yugang, a man who is rarely not in a dress, and is dressed up as the moon goddess this year.  Actress Qin Hailu’s skit features a high-powered female exec with a slick short hairdo and a black suit while her male employee dons a long wig, a pouty voice, and addresses everyone by “dear.”

It wasn’t an abnormality, neither. Of the five skits on China’s most watched show of the year, almost all of them defy normal gender roles. Skit A features a pretty flaming male designer dressed in pink as the righteous if vain protagonist.  Skits C, D, and E all feature female execs and their male workers.  Skit B‘s protagonist is nicknamed the Empress on the Internet, which I think says it all. 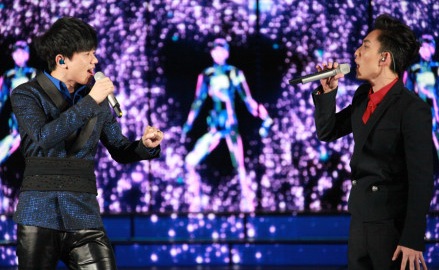 Equally notable is the fact that a few years ago, the thought of a Super Girl on the Spring Festival Gala was laughable.  Yet this year, not one, but two – Jane Zhang and Zhang Jie -  were on this year’s spring festival gala.

And while the joke about Leehom and Li Yundi was later cut, there are plenty of innuendos at same-sex couples left. Jane Zhang and Yang Kun sung a song about friendship with the line “beyond gender”, while Zhang Jie and Yoga Lin had a duet about holding hands and falling in love. At one point, one of the hosts asked the other two male hosts if they were getting married. Obviously, same-sex relationships are no longer completely taboo.

Popular entertainment and shifting attitudes has changed the state-run channel’s stances, showing that it’s not so out of touch after all.  The new director Ha Wen has made many changes in the program since taking over a year ago, and the changes reflect the rapidly changing perspectives in the information age.  It may not be the push behind changing societal attitudes, but I think at least it’s a sign that the state-run agencies aren’t so strict after all, and hopefully that will mean a less critical world for C-entertainment to bloom in.  If not, at least the stage effects are improving, and we have a female astronaut to go with the male moon goddess: