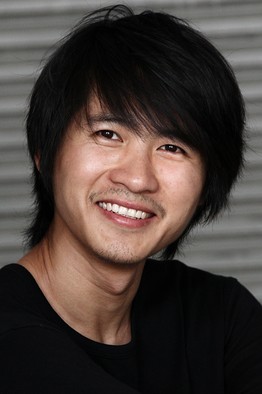 Han Han is often hailed as “the world’s most popular blogger” or “the voice of China’s boom-era youth,” but remarkably, until now, none of his writing (which spans blogging as well as hugely popular, angst-ridden novels) has been published in English.

On Oct. 9, Simon & Schuster releases “This Generation: Dispatches From China’s Most Popular Literary Star (and Race Car Driver),” a collection of work that dates back to when Mr. Han started blogging in 2005. The volume presents an overview of the social and political issues, both large and small, that have preoccupied him and much of China during the past several years of constant change.

In addition to writing, Mr. Han races cars professionally, releases pop music, has launched and edited magazines, and is startlingly handsome. The 29-year-old author spoke to The Wall Street Journal about the risks of his success, the rigors of racecar driving and his hopes for greater freedom of expression in China.

What does it feel like to know that when you publish a blog post, millions of people will be reading it moments later?

Mr. Han: It makes me conscious that I need to check for typos first.

Of your many activities, which is most important to you?

Racing cars, because the schedule is set in stone. I have to be in my car at a specific time, and be ready to drive it. Just when I do the other things is a matter I can decide for myself.

Are there any other creative avenues you’re hoping to pursue? It would be easy to picture you involved in movies, for example.

Possibly. But you know, it’s not that easy in China. We run into trouble when we try to do things, not because the things themselves are so difficult, but because there are any number of people who will raise objections to whatever it is you’re trying to do.

“This Generation” is your first book to be translated into English. How do you think your writing will be received?

I have no great expectations on this score. Once an author has finished writing a work in his own language, the deed is done, and it doesn’t make sense to get either too worried or too excited about it.

One of the most talked about current policy goals of the Chinese government is to boost “soft power” and cultural influence abroad. The publication of your book in English is, in some ways, a rare example of a piece of authentic, contemporary Chinese culture making its way into the Western world, where it will be discussed and might have a chance to exert some influence on people’s understanding of the country. How do you feel about playing that role? And what will it take for more Chinese creators to have this opportunity?

I’d be surprised if the book had much impact at all. Maybe they think that they can throw money around to promote our culture, that if they just spend enough billions they’ll be able to create an international market for contemporary Chinese cultural products, but things don’t work that way. If you’ve got one hand clamped around somebody’s throat, you can’t toss money about with the other hand and expect the poor guy to suddenly sing a song of timeless beauty for you. The same rule applies to my own books: They reflect only parochial concerns and won’t strike a chord with the world at large. If you really want to export great masterworks of literature and art, it’s actually very simple: Don’t keep sticking your finger into every pie.

What do you think the West most misunderstands about contemporary China?

Westerners’ greatest misconception is that China misunderstands the West. Most of us have a perfectly good understanding of it.

Early in your career you were positioned as a kind of outsider, but you’ve now been a public figure for at least 10 years. How does that responsibility weigh on you?
I do get stressed out, but then if you do anything for 10 years you’re bound to get stressed out, no matter how much you like it. The better the job you do, the more people will judge you. So I plan to write more fiction and compete in more races to compensate for all that stuff. If you’ve scarfed too much salty food, you need to eat something sweet for a change.

In your blog post “Pressing for Freedom” last December, you appealed to government authorities to loosen controls on media and culture. Have you witnessed any changes since then? What changes do you hope for?

If in the past few months there have been changes for the better or for the worse in China’s media environment, that’s only because of technical improvements or because they were forced to give in to pressure. Such concessions are a good thing, all the same. What I hope for is that I can write and speak freely, without needing to consider whether I might be offending the government or stepping on some big shot’s toes, and that when I answer a foreign reporter’s questions I don’t need to worry about the repercussions.

–Edited from an interview by Patrick Brzeski

Corrections & Amplifications: Simon & Schuster will release “This Generation” on Oct. 9. An earlier version of this article incorrectly said it would be released on Oct. 18.